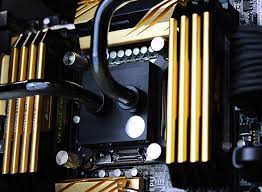 The World’s Most Expensive Computer – Its Here!

You can grab the world most expensive computer for a whopping £9,000, but can it possibly be worth that much? Birmingham Computer Repairs look at the pros, the cons and if it is actually worth the money in any shape or form. 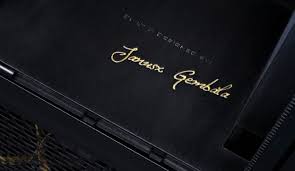 People go all out these days in buying the newest and best technology and the Yoyotech’s XDNA Aurum 24K is definitely that! It is extremely powerful with 4K screen resolution monitors making the image almost feel like real life. Playing 3D games has never been stunning. Anything you throw at the XDNA Aurum 24k it can process it in a heartbeat. But this is what you expect from the world’s most expensive computer.

The CPU has a grand total of six ports due to a neat little feature called ‘Hyper-Threading’ making the total core count at 12 for those who don’t know exactly what that means it is 50% more than the Xbox One’s processor.

When you are using Yoyotechs evolutionary computer you will not hear a thing, that means no noisy fans!

As for the appearance of the XDNA Aurum 24K it is vastly black with gold components located in the interior of the desktop, the sides of the computer is a transparent shield which really highlights the gold features and the beauty that is inside the desktop.

AS for the cons of the world’s most expensive computer, there really is only one and that is the price of the computer, Yoyotech have really set the bar for competitors as the XDNA Aurum 24K is truly a magnificent design that runs ridiculously fast as well as insane graphics. IT really gives people a glimpse of what is the future of computing.

Birmingham Computer Repair fix all types of computers and laptop not even the Yoyotech’s XDNA Aurum 24K is too much for our expert engineers! If you need a repair give us a call on 0121 673 2579 for a cheap and reliable service. 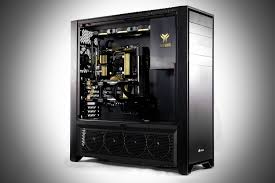